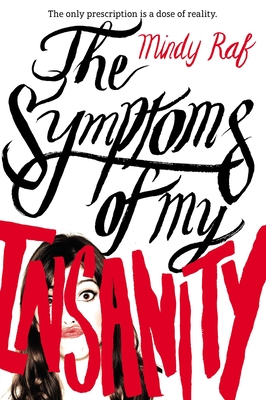 The Symptoms of My Insanity

A laugh-out-loud, bittersweet debut that offers "a female Woody Allen for the teenage set" -- Kirkus Reviews

Izzy is a hypochondriac with enormous boobs that won't stop growing, a mother with a rare disease who's hiding something, a best friend who appears to have undergone a personality transplant, and a date with an out-of-her-league athlete who just spilled Gatorade all over her. Yes, Izzy Skymen has a hectic life. But what Izzy doesn't realize is that these are only minor symptoms of life's insanity. When she discovers the people she trusts most are withholding from her the biggest secrets, things are about to get epic--or is it epidemic?

For fans of Louise Rennison, Sarah Mlynowski, and Stephanie Perkins comes a "hilarious . . . generous book . . . Should succeed in putting any reader's problem into a wider, and funnier, perspective."--Booklist

Praise For The Symptoms of My Insanity…

Rave Reviews for The Symptoms of My Insanity!

“It’s a generous book, overstocked with characters and dialogue, and it should succeed in putting any reader’s problem into a wider, and funnier, perspective.”—Booklist

“[A] realistic debut . . . What could be tragic events for Izzy are tempered by her self-deprecating humor, plenty of female support and a chance for real romance.”—Kirkus Reviews

“Raf’s writing style is light and funny yet grounded in the often painful sensibilities of teenagers.”—VOYA

Mindy Raf ( www.mindyraf.com) is a writer, comedienne, and musician based in Brooklyn, New York. She has written for CollegeHumor, VH1, TNT, The Daily Comedy Network, and was a contributor to the "My Parents Were Awesome" anthology. She has been invited to perform at the Women in Comedy Festival, SketchFestNYC, and the Bridgetown Comedy Festival, where she was named a "stellar surprise" by The Portland Mercury.
Loading...
or
Not Currently Available for Direct Purchase