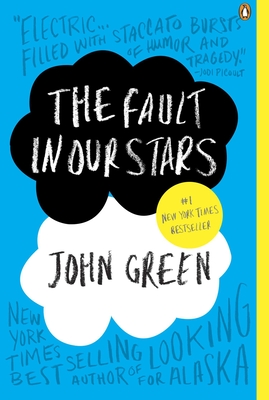 The Fault in Our Stars

“The greatest romance story of this decade.″ —Entertainment Weekly

From John Green, #1 bestselling author of Turtles All the Way Down, The Fault in Our Stars is insightful, bold, irreverent, and raw. It brilliantly explores the funny, thrilling, and tragic business of being alive and in love.

John Green is the award-winning, #1 bestselling author of books including Looking for Alaska, The Fault in Our Stars, and Turtles All the Way Down. His books have received many accolades, including a Printz Medal, a Printz Honor, and an Edgar Award. John has twice been a finalist for the LA Times Book Prize and was selected by TIME magazine as one of the 100 Most Influential People in the World. He is also the writer and host of the critically acclaimed podcast The Anthropocene Reviewed. With his brother, Hank, John has co-created many online video projects, including Vlogbrothers and the educational channel Crash Course. He lives with his family in Indianapolis, Indiana. You can visit John online at johngreenbooks.com.