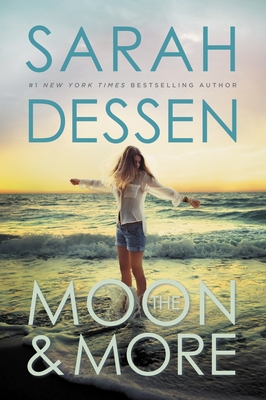 The Moon and More (Paperback)

In her eleventh novel, Sarah Dessen returns to the beach town of Colby, setting of some of her best-loved books. Emaline is a Colby native, and so summer at the beach for her means hard work and a new population of beach goers. During this, her last summer before college, Emaline meets Theo while working for her family’s rental business. He’s a city boy who’s come to Colby as the assistant to a high-strung documentary filmmaker who’s in town to profile a reclusive local artist. Emaline knows he’s not her type, but she can’t help feeling drawn to him. And as their relationship develops, Emaline finds herself questioning her own goals, values, and choices in this classic Dessen romance.

Many of Dessen’s books have been selected as Best Books for Young Adults, and they have appeared on numerous state award lists.
or
Buy Here
Copyright © 2020 American Booksellers Association