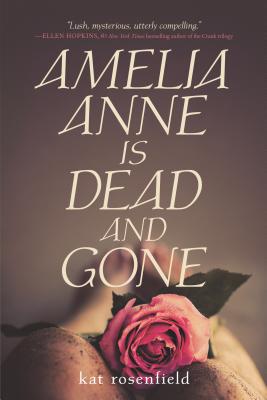 Amelia Anne is Dead and Gone

An arresting un-coming-of-age story, from a breathtaking talent

Becca has always longed to break free from her small, backwater hometown. But the discovery of an unidentified dead girl on the side of a dirt road sends the town--and Becca--into a tailspin. Unable to make sense of the violence of the outside world creeping into her backyard, Becca finds herself retreating inward, paralyzed from moving forward for the first time in her life. Short chapters detailing the last days of Amelia Anne Richardson's life are intercut with Becca's own summer as the parallel stories of two young women struggling with self-identity and relationships on the edge twist the reader closer and closer to the truth about Amelia's death.

Praise For Amelia Anne is Dead and Gone…

“An evocative debut.” --The Boston Globe

*“This layered and exquisitely written story explores the fallout from the murder as well as the dark side of love. Powerfully and chillingly evoked.”—Publishers Weekly, starred review

“Amelia Anne Is Dead and Gone blends elegant writing and brutal behavior into a sharp and haunting novel.”—Bookpage

Kat Rosenfield is a regular contributor to pop culture websites such as MTV.com’s Hollywood Crush blog, and she is also Auntie SparkNotes on Sparklife.com.
Loading...
or
Not Currently Available for Direct Purchase