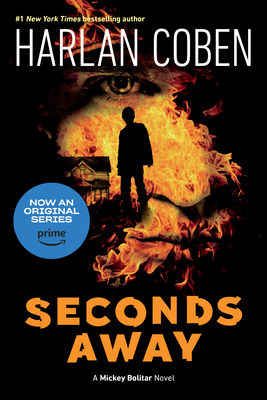 When tragedy strikes close to home, Mickey Bolitar and his loyal new friends—sharp-witted Ema and the adorkably charming Spoon—find themselves at the center of a terrifying mystery involving the shooting of their friend Rachel. Now, not only does Mickey have to continue his quest to uncover the truth about the Abeona Shelter, the Butcher of Lodz and the mysterious death of his father, he needs to figure out who shot Rachel—no matter what it takes.

Mickey has always been ready to sacrifice everything to help the people he loves. But with danger just seconds away, how can he protect them when he’s not even sure who—or what—he’s protecting them from?

Harlan Coben (www.harlancoben.com) is the #1 New York Times bestselling author of numerous adult novels, and winner of the Edgar Award, Shamus Award, and Anthony Award--the first author to receive all three. His books are published in forty-one languages--with over 50 million copies in print worldwide--and have been #1 bestsellers in over a dozen countries. He lives in New Jersey.

Praise For Seconds Away (Book Two): A Mickey Bolitar Novel…

“An involving thriller that moves like lightning.” — Kirkus Reviews