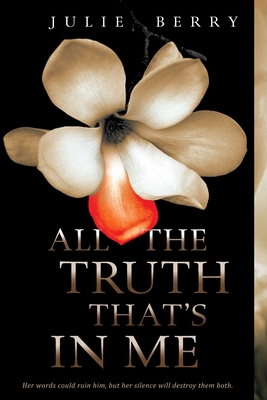 From the Printz honor winning author of The Passion of Dolssa, a mesmerizing story about fear, love, and the power of a young woman's voice.

"All the Truth That’s In Me is that rare magical thing—a beautiful love story told in spare, riveting prose.”—The New York Journal of Books

“The love story and the mystery . . . are mesmerizing. Berry’s language undulates and flows. . . . Worthy of multiple reads.”—The Boston Globe


Four years ago, Judith and her best friend disappeared from their small town of Roswell Station. Two years ago, only Judith returned, permanently mutilated, reviled and ignored by those who were once her friends and family. Unable to speak, Judith lives like a ghost in her own home, silently pouring out her thoughts to the boy who's owned her heart as long as she can remember--even if he doesn't know it--her childhood friend, Lucas. But when Roswell Station is attacked, long-buried secrets come to light, and Judith is forced to choose: continue to live in silence, or recover her voice, even if it means changing her world, and the lives around her, forever.

The paperback edition includes an exclusive interview with the author and a list of discussion questions for book clubs.


Shortlisted for the Carnegie Medal

Edgar Award nominee for YA

Praise for All the Truth That's in Me

Julie Berry (www.julieberry.com) grew up  western New York. She holds a BS from Rensselaer Polytechnic Institute in communication and an MFA from Vermont College in writing for children and young adults. She now lives in eastern Massachusetts with her husband, four young sons, and two cats. She is the author of six critically acclaimed books for young readers. All The Truth That's in Me is her first novel for teens and adults.
Loading...
or
Not Currently Available for Direct Purchase