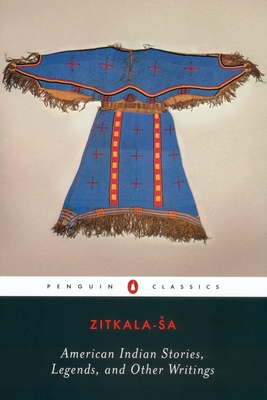 A thought-provoking collection of searing prose from a Sioux woman that covers race, identity, assimilation, and perceptions of Native American culture

Zitkala-Sa wrestled with the conflicting influences of American Indian and white culture throughout her life. Raised on a Sioux reservation, she was educated at boarding schools that enforced assimilation and was witness to major events in white-Indian relations in the late 1800s and early 1900s. Tapping her troubled personal history, Zitkala-Sa created stories that illuminate the tragedy and complexity of the American Indian experience. In evocative prose laced with political savvy, she forces new thinking about the perceptions, assumptions, and customs of both Sioux and white cultures and raises issues of assimilation, identity, and race relations that remain compelling today.

Zitkala-Sa (1876–1938) was born Gertrude Simmons at the Yankton Reservation in South Dakota. Writer, teacher, and activist, she was editor of American Indian Magazine and founder of the National Council of American Indians, the tribal advocacy group that she led until her death.

Cathy N. Davidson teaches English at Duke University, where she is Vice Provost for Interdisciplinary Studies.