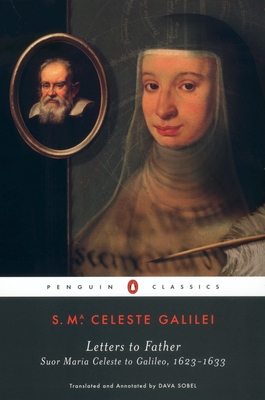 The fascinating letters of Galileo's eldest daughter to her father

Placed in a convent at the age of thirteen, Virginia Galilei, Galileo’s eldest daughter, wrote to her father continually. Now Dava Sobel has translated into English all 124 surviving letters that Virginia (renamed Suor Maria Celeste at the convent) wrote to Galileo. The letters span a dramatic decade that included the Thirty Years’ War, the bubonic plague, and the development of Galileo’s own universe-changing discoveries. Suor Maria Celeste’s letters touch on these events, but mostly they focus on details of everyday life that connect her and her father: descriptions of confections she sent to him; news of his estate, which she managed while he was on trial; a request for Galileo to fix the convent clock. Her prose reveals an exceptional woman and presents a memorable portrait of deep affection between a father and daughter.

"Turn off CNN and leave behind the troubled modern world for a leisurely sojourn in a 17th-century convent." —Chicago Tribune

"The intelligent, pious, and literary nun comes across centuries as a compellingly intriguing woman in her own right." —Booklist

Dava Sobel is an award-winning former science writer for The New York Times. The author of the bestselling Longitude and Galileo’s Daughter, Sobel’s work has also appeared in Audubon, Discover, Life, and The New Yorker.
Loading...
or
Not Currently Available for Direct Purchase