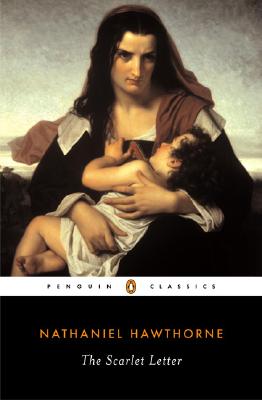 A dramatic, moving depiction of social defiance and social deference, of passion and human frailty
Set in the harsh Puritan community of seventeenth-century Boston, this tale of an adulterous entanglement that results in an illegitimate birth reveals Nathaniel Hawthorne's concerns with the tension between the public and the private selves. Publicly disgraced and ostracized, Hester Prynne draws on her inner strength and certainty of spirit to emerge as the first true heroine of American fiction. Arthur Dimmesdale stands as a classic study of a seld divided; trapped by the rules of society, he suppresses his passion and disavows his lover, Hester, and their daughter, Pearl. As Nina Baym writes in her Introduction, "The Scarlet Letter"was not written as realistic, historical fiction, but as a "romance," a creation of the imagination that discloses the truth of the human heart.
For more than sixty-five years, Penguin has been the leading publisher of classic literature in the English-speaking world. With more than 1,500titles, Penguin Classics represents a global bookshelf of the best works throughout history and across genres and disciplines. Readers trust theseries to provide authoritative texts enhanced by introductions and notes by distinguished scholars and contemporary authors, as well as up-to-datetranslations by award-winning translators.

Nathaniel Hawthorne was born on July 4, 1804, in Salem, Massachusetts, the son and grandson of proud New England seafarers. He lived in genteel poverty with his widowed mother and two young sisters in a house filled with Puritan ideals and family pride in a prosperous past. His boyhood was, in most respects, pleasant and normal. In 1825 he was graduated from Bowdoin College, Brunswick, Maine, and he returned to Salem determined to become a writer of short stories. For the next twelve years he was plagued with unhappiness and self-doubts as he struggled to master his craft. He finally secured some small measure of success with the publication of his "Twice-Told Tales" (1837). His marriage to Sophia Peabody in 1842 was a happy one. "The Scarlet Letter "(1850), which brought him immediate recognition, was followed by "The House of the Seven Gables" (1851). After serving four years as the American Consul in Liverpool, England, he traveled in Italy; he returned home to Massachusetts in 1860. Depressed, weary of writing, and failing in health, he died on May 19, 1864, at Plymouth, New Hampshire.

Nina Baym is the director of the School of Humanities and professor of English at the University of Illinois at Urbana-Champaign.

Thomas E. Connolly (1918 2002) was a literary critic and professor of English at the University of Buffalo, where he served as chair of the UB faculty senate. Connolly s critical essays appeared widely in scholarly journals, and he wrote and edited several books on the works of James Joyce and Nathaniel Hawthorne."
Loading...
or
Not Currently Available for Direct Purchase