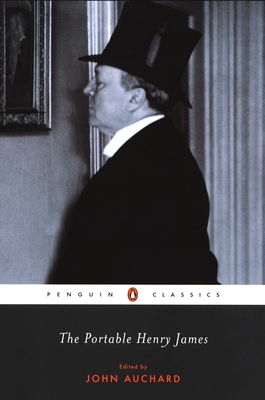 Henry James wrote with an imperial elegance of style, whether his subjects were American innocents or European sophisticates, incandescent women or their vigorous suitors. His omniscient eye took in the surfaces of cities, the nuances of speech, dress, and manner, and, above all, the microscopic interactions, hesitancies, betrayals, and self-betrayals that are the true substance of relationships. The entirely new Portable Henry James provides an unparalleled range of this great body of work: seven major tales, including Daisy Miller, The Turn of the Screw, "The Beast in the Jungle," and "The Jolly Corner"; a sampling of revisions James made to some of his most famous work; travel writing; literary criticism; correspondences; autobiography; descriptions of the major novels; and parodies by famous contemporaries, including T. S. Eliot, Ezra Pound, Virginia Woolf, and Graham Greene.

John Auchard is a professor of English at the University of Maryland at College Park, and the editor of The Portable Henry James.