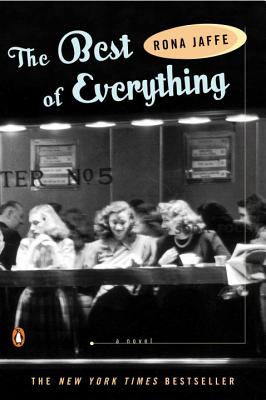 The Best of Everything

"Sixty years later, Jaffe’s classic still strikes a chord, this time eerily prescient regarding so many of the circumstances surrounding sexual harassment that paved the way toward the #MeToo movement." -Buzzfeed

When Rona Jaffe’s superb page-turner was first published in 1958, it changed contemporary fiction forever. Some readers were shocked, but millions more were electrified when they saw themselves reflected in its story of five young employees of a New York publishing company. Almost sixty years later, The Best of Everything remains touchingly—and sometimes hilariously—true to the personal and professional struggles women face in the city. There’s Ivy League Caroline, who dreams of graduating from the typing pool to an editor’s office; naïve country girl April, who within months of hitting town reinvents herself as the woman every man wants on his arm; and Gregg, the free-spirited actress with a secret yearning for domesticity. Jaffe follows their adventures with intelligence, sympathy, and prose as sharp as a paper cut.

Rona Jaffe is the New York Times bestselling author of the internationally acclaimed novels The Road Taken, The Cousins, Family Secrets, and Five Women, as well as the classic bestsellers Class Reunion and The Best of Everything. She is the founder of the Rona Jaffe Foundation, which presents a national literary award to promising female writers.
Loading...
or support indie stores by buying on