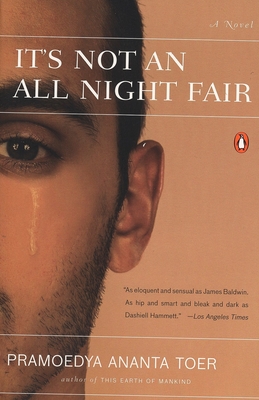 It's Not an All Night Fair

Now available for the first time in English, a classic from "a novelist who should get in line for the Nobel Prize" (Los Angeles Times)

Pramoedya Ananta Toer is Indonesia's most celebrated writer, with over thirty works of fiction translated into over thirty languages, and the recipient of many major international awards, including the grand prize in the Fukuoka Asian Culture Prize competition, Japan's highest literary honor. Narrated in the first person in Pramoedya's signature style, It's Not an All Night Fair tells the deeply affecting story of a son returning home to central Java to confront the fact of his father's death. Struggling to understand his reticent father, the son embarks on a personal quest to find value and meaning not only in his father's life but also in his own.

Pramoedya Ananta Toer, born on the island of Java in 1925, was imprisoned first by the Dutch, then by the Indonesian government as a political prisoner. He received the PEN Freedom to Write Award and the Ramon Magsaysay Award.
Loading...
or
Not Currently Available for Direct Purchase