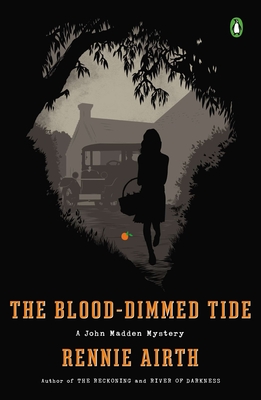 With the publication of the New York Times Notable Book River of Darkness, Rennie Airth established himself as a master of suspense. The Blood-Dimmed Tide, set in 1932, marks the return of the beloved Inspector John Madden, whose discovery of a young girl's mutilated corpse near his home in rural England brings him out of retirement despite his wife's misgivings. Soon he finds himself chasing a killer whose horrific crime could have implications far afield in a Europe threatened by the rise of Hitler. A riveting, atmospheric, multilayered mystery, this intense and intelligent tale more than delivers on the promise of Rennie Airth's first thriller.

Praise For The Blood-Dimmed Tide: A John Madden Mystery…

"Unnerving... from [a] richly textured background, Airth draws a vivid cast of full-bodied characters and a plot that satisfies." —The New York Times Book Review

Rennie Airth was born in South Africa and worked as a foreign correspondent for Reuters before becoming a novelist. He is the author of two other John Madden mysteries, River of Darkness, a finalist for the Edgar Award for Best Novel and a Macavity Award for Best Mystery, and a New York Times Notable Book, and The Blood-Dimmed Tide. He lives in Cortona, Italy.
Loading...
or support indie stores by buying on