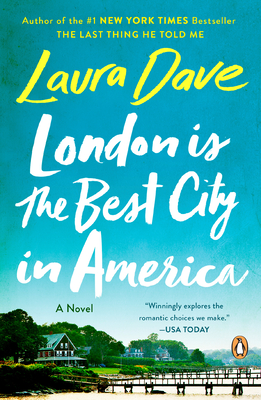 London Is the Best City in America

A tender and quirky novel about the romantic choices we make from the author of the New York Times Bestseller and Reese's Book Club Pick, The Last Thing He Told Me

Emmy Everett is reluctantly heading home to New York for her brother Josh’s wedding. She has spent the last three years in a fishing town in Rhode Island and, having little to show for it, she doesn’t particularly want to answer the questions she is sure to face about her (ex)-fiance, her (questionable) career choices, her (unknown) future. But she is still shocked when her typically resolute brother Josh confesses he is having doubts about his imminent marriage – and he asks Emmy the hardest question of all: what do I do now?

With seventy-two hours until the wedding, Emmy embarks with Josh on a road trip to help him find a mystery woman, and to answer some long overdue questions about who he wants to spend his life with. It isn’t only Josh who has some lessons to learn. Along the way, Emmy discovers some undeniable truths about what she wants from her own life; and she begins to realize that perhaps her own happy ending is not as far away as it seems.


Praise For London Is the Best City in America: A Novel…

Such a satisfying read . . . The relationships among her cast are complicated, fraught and tender. Her story reads sweet but real. (The Washington Post)

Impossible to put down . . . lyrical, witty and honest. (Jane Magazine)