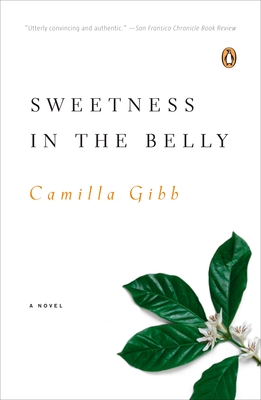 Sweetness in the Belly

Soon to be a major motion picture starring Dakota Fanning

Like Brick Lane and The Kite Runner, Camilla Gibb’s widely praised new novel is a poignant and intensely atmospheric look beyond the stereotypes of Islam. After her hippie British parents are murdered, Lilly is raised at a Sufi shrine in Morocco. As a young woman she goes on pilgrimage to Harar, Ethiopia, where she teaches Qur’an to children and falls in love with an idealistic doctor. But even swathed in a traditional headscarf, Lilly can’t escape being marked as a foreigner. Forced to flee Ethiopia for England, she must once again confront the riddle of who she is and where she belongs.

Praise For Sweetness in the Belly…

Utterly convincing and authentic . . . a novel that will take you to a place so far from yourself that you may wonder, from time to time, whether you are ever coming back. (San Francisco Chronicle)

A story that pierces the heart . . . a lovely and humane book that . . . open[s] up to view distant or closed worlds. (The Miami Herald)

A wonderful feat of imagination and empathy. I had to suppress bitter feelings of literary envy, even as I couldn't stop devouring it. (Louis de Bernieres, author of Captain Corelli’s Mandolin)

Camilla Gibb was born in London, England, and grew up in Toronto. She has a Ph.D. in social anthropology from Oxford University for which she conducted fieldwork in Ethiopia. Her two previous novels, Mouthing the Words, winner of the City of Toronto Book Award in 2000, and The Petty Details of So-and-So's Life, have been published in eighteen countries and translated into fourteen languages, receiving rave reviews all around the world. She is one of twenty-one writers on the Orange Futures List—a list of young writers to watch, compiled by the jury of the prestigious Orange Prize. Camilla lives in Toronto, where she serves as vice president of PEN Canada and is currently writerin-residence at the University of Toronto.