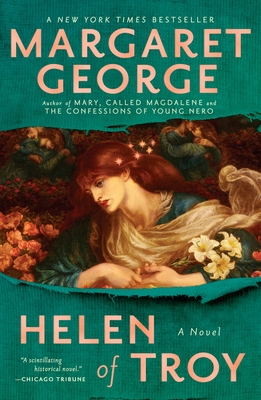 The Trojan War, fought nearly twelve hundred years before the birth of Christ, and recounted in Homer's Iliad, continues to haunt us because of its origins: one woman's beauty, a visiting prince's passion, and a love that ended in tragedy.

Laden with doom, yet surprising in its moments of innocence and beauty, Helen of Troy is an exquisite page-turner with a cast of irresistible, legendary characters—Odysseus, Hector, Achilles, Menelaus, Priam, Clytemnestra, Agamemnon, as well as Helen and Paris themselves. With a wealth of material that reproduces the Age of Bronze in all its glory, it brings to life a war that we have all learned about but never before experienced.

Praise For Helen of Troy…

“The face that launched a thousand ships has sparked a scintillating historical novel.”—Chicago Tribune