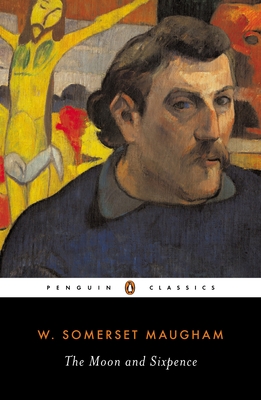 The Moon and Sixpence

One of the novels that galvanized W. Somerset Maugham’s reputation as a literary master

The Moon and Sixpence follows the life of one Charles Strickland, a bourgeois city gent whose dull exterior conceals the soul of a genius. Compulsive and impassioned, he abandons his home, wife, and children to devote himself slavishly to painting. In a tiny studio in Paris, he fills canvas after canvas, refusing to sell or even exhibit his work. Beset by poverty, sickness, and his own intransigent, unscrupulous nature, he drifts to Tahiti, where, even after being blinded by leprosy, he produces some of his most extraordinary works of art. Inspired by the life of Paul Gauguin, The Moon and Sixpence is an unforgettable study of a man possessed by the need to create—regardless of the cost to himself and to others.

Praise For The Moon and Sixpence…

"[A] witty, compelling roman à clef...that mock[s] the way the world makes saints of the sinners who are often its best artists."  -The Boston Globe

"It is very difficult for a writer of my generation, if he is honest, to pretend indifference to the work of Somerset Maugham.... He was always so entirely there."  -Gore Vidal