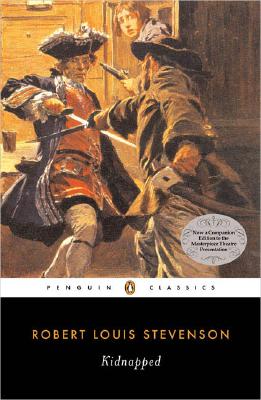 Set against the aftermath of the 1745 Jacobite Rebellion, the gripping drama of Kidnapped—originally published in 1886—takes readers to the danger and intrigue of a Scotland sundered by revolution. The story is told by David Balfour, a young Whig and Lowlander whose odyssey is a microcosm of the struggles besetting his country. Tricked by a miserly uncle, he survives attempted murder, kidnap, and shipwreck, only to escape through the Highlands in the company of Alan Breck—a Jacobite adamantly opposed to Whigs like Balfour. Running for their lives, the two fugitives must rely on each other even as the ancient misunderstandings between them force tensions to the breaking point. A riveting page-turner and work of social commentary, Kidnapped is one of Robert Louis Stevenson’s greatest works.

Donald McFarlan, a Glasgow native, has worked in publishing and is the author of The Guinness Book of Why?.

Donald McFarlan, a Glasgow native, has worked in publishing and is the author of The Guinness Book of Why?.
Loading...
or
Not Currently Available for Direct Purchase