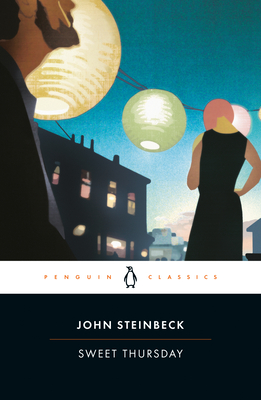 In Monterey, on the California coast, Sweet Thursday is what they call the day after Lousy Wednesday, which is one of those days that are just naturally bad. Returning to the scene of Cannery Row—the weedy lots and junk heaps and flophouses of Monterey, John Steinbeck once more brings to life the denizens of a netherworld of laughter and tears—from Doc, based on Steinbeck’s lifelong friend Ed Ricketts, to Fauna, new headmistress of the local brothel, to Hazel, a bum whose mother must have wanted a daughter. This Penguin Classics edition features an introduction and notes by Robert DeMott.

Robert DeMott, editor, is the Edwin and Ruth Kennedy Distinguished Professor at Ohio State University and author of Steinbeck's Typewriter, an award-winning book of critical essays.