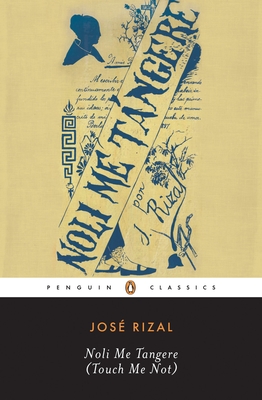 Noli Me Tangere (Touch Me Not) (Paperback)

The great novel of the Philippines

In more than a century since its appearance, José Rizal's Noli Me Tangere has become widely known as the great novel of the Philippines. A passionate love story set against the ugly political backdrop of repression, torture, and murder, "The Noli," as it is called in the Philippines, was the first major artistic manifestation of Asian resistance to European colonialism, and Rizal became a guiding conscience—and martyr—for the revolution that would subsequently rise up in the Spanish province.

José Rizal (1861–1896) is known as the hero of the Philippines and the greatest champion of Filipino nationalism and independence. He angered the Spanish authorities with Noli Me Tangere and its sequel and was executed.

Harold Augenbraum has published seven books on Latino literature of the United States, translated Alvar Núñez Cabeza de Vaca’s Chronicle of the Narváez Expedition, the Filipino novelist José Rizal’s Noli Me Tangere and El Filibusterismo for Penguin Classics, and with Ilan Stavans, the forthcoming The Plain in Flames by Juan Rulfo.

Praise For Noli Me Tangere (Touch Me Not)…