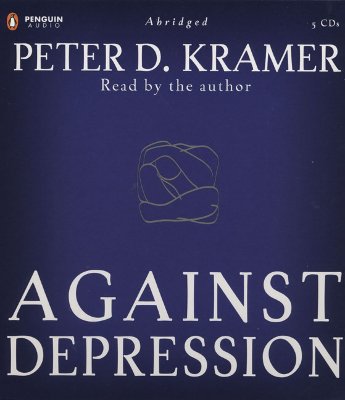 A revolutionary exploration of mood disorder by the author of the landmark bestseller Listening to Prozac.

Peter D. Kramer, M.D., recently named host of the national, weekly public radio series, The Infinite Mind, is "possibly the best-known psychiatrist in America," as The New York Times put it. Peter Kramer received his M.D. from Harvard and is the best-selling author of Listening to Prozac, Should You Leave?, Spectacular Happiness, and Moments of Engagement. His latest book, Against Depression, will be published in May 2005. In 2004, two programs of The Infinite Mind hosted by Kramer won top media awards: a Gracie Allen Award from the American Women in Radio and Television for an examination of "Domestic Violence" and a National Mental Health Association Media Award for "Between Two Worlds: Mental Health for Immigrants. Kramer has written for The New York Times Magazine and The New York TimesBook Review, The Washington Post Book Review, The Washington Post, the (London) Times Literary Supplement and U.S. News & World Report, among other publications. He lives in Providence, Rhode Island, where he is Clinical Professor of Psychiatry and Human Behavior at Brown University, and has a private practice.Visit Dr. Peter D. Kramer on the web: http: //www.peterdkramer.com The Infinite Mind: http: //www.theinfinitemind.com/
or
Not Currently Available for Direct Purchase