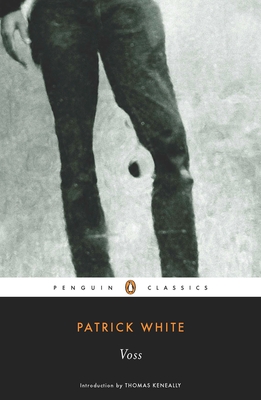 In 1973, Australian writer Patrick White was awarded the Nobel Prize in Literature "for an epic and psychological narrative art which has introduced a new continent into literature." Set in nineteenth-century Australia, Voss is White's best-known book, a sweeping novel about a secret passion between the explorer Voss and the young orphan Laura. As Voss is tested by hardship, mutiny, and betrayal during his crossing of the brutal Australian desert, Laura awaits his return in Sydney, where she endures their months of separation as if her life were a dream and Voss the only reality. Marrying a sensitive rendering of hidden love with a stark adventure narrative, Voss is a novel of extraordinary power and virtuosity from a twentieth-century master.

Patrick White (1912-1990) was born in England in 1912, when his parents were in Europe for two years; at six months he was taken back to Australia, where his father owned a sheep station. When he was thirteen, he went to school in England, to Cheltenham, “where it was understood, the climate would be temperate and a colonial acceptable.” Neither proved true, and after four rather miserable years there he went to King’s College, Cambridge, where he specialized in languages. After leaving the university he settled in London, determined to become a writer. His first novel, Happy Valley, was published in 1939 and his second, The Living and the Dead, in 1941. During the war he was an RAF Intelligence Officer in the Middle East and Greece. After the war he returned to Australia.

Upon his death, The Times wrote, “Patrick White did more than any other writer to put Australian literature on the international map.… His tormented oeuvre is that of a great and essentially modern writer.”

Thomas Keneally has won international acclaim for his novels Schindler's Ark, Confederates, Gossip from the Forest, Playmaker, Woman of the Inner Sea, and A River Town. He is most recently the author of the biography American Scoundrel: The Life of the Notorious Civil War General Dan Sickles.
Loading...
or support indie stores by buying on
(This book is on backorder)