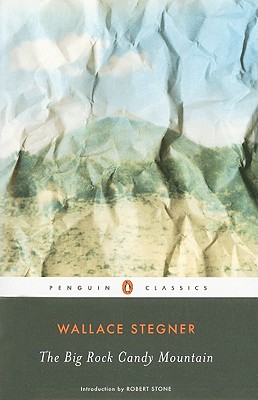 Bo Mason, his wife, Elsa, and their two boys live a transient life of poverty and despair. Drifting from town to town and from state to state, the violent, ruthless Bo seeks out his fortune-in the hotel business, in new farmland, and, eventually, in illegal rum-running through the treacherous back roads of the American Northwest. In this affecting narrative, Wallace Stegner portrays over three decades in the life of the Mason family as they struggle to survive during the lean years of the early twentieth century.

"An irreplaceable classic . . . One of the great books from which we may understand America and its rise . . . It has not aged, and it seems unlikely that, as long as memory and history preserve the bringing forth of modern life on this continent, it will ever lose relevance." —Robert Stone, from the Introduction

"My absolute favorite [of Wallace Stegner’s books] and a candidate for one of my top books of all time." —A. O. Scott, The New York Times Book Review (podcast)

"Stegner has felt the spell of mountain and prairie, of drought, flood, and blizzard. . . . A harrowing saga." —The New York Times

"Stands out beautifully and unforgettably." —The New Yorker

Wallace Stegner (1909–1993) published more than two dozen books throughout his life, including the novels Angle of Repose, which won the Pulitzer Prize; Crossing to Safety; and The Spectator Bird, which won the National Book Award. An early environmentalist, Stegner was instrumental—with his now famous “Wilderness Letter”—in the passage of the 1964 Wilderness Act.

Robert Stone (introducer; 1937–2015) wrote more than ten books, including the National Book Award–winning novel Dog Soldiers and the novels Outerbridge Reach and A Flag for Sunrise.