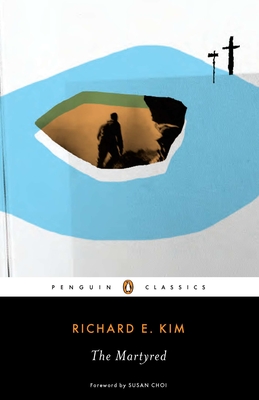 "Written in a mood of total austerity; and yet the passion of the book is perpetually beating up against its seemingly barren surface. . . . I am deeply moved." -Philip Roth

During the early weeks of the Korean War, Captain Lee, a young South Korean officer, is ordered to investigate the kidnapping and mass murder of North Korean ministers by Communist forces. For propaganda purposes, the priests are declared martyrs, but as he delves into the crime, Lee finds himself asking: What if they were not martyrs? What if they renounced their faith in the face of death, failing both God and country? Should the people be fed this lie? Part thriller, part mystery, part existential treatise, The Martyred is a stunning meditation on truth, religion, and faith in times of crisis.

Heinz Insu Fenkl left Korea when he was twelve. His family eventually settled in Castroville, California. An award-winning writer and translator, and a former Fulbright Scholar in Korea, he now teaches Creative Writing, Asian American Literature, and Korean Literature at Vassar College. He lives in Poughkeepsie, New York.

Susan Choi was born in Indiana and raised in Texas, the daughter of a Korean father and a Russian-Jewish mother. She holds an undergraduate degree from Yale and an M.F.A. from Cornell. Her first novel, The Foreign Student, won the Asian American Literary Award. Her second novel, American Woman, was a finalist for the Pulitzer Prize. A Person of Interest is her third book.
or support indie stores by buying on