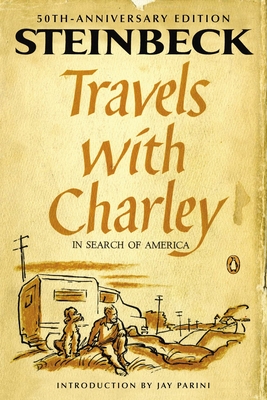 
For more than seventy years, Penguin has been the leading publisher of classic literature in the English-speaking world. With more than 1,700 titles, Penguin Classics represents a global bookshelf of the best works throughout history and across genres and disciplines. Readers trust the series to provide authoritative texts enhanced by introductions and notes by distinguished scholars and contemporary authors, as well as up-to-date translations by award-winning translators.

Praise For Travels with Charley in Search of America: (Penguin Classics Deluxe Edition)…

"Pure delight, a pungent potpourri of places and people interspersed with bittersweet essays on everything from the emotional difficulties of growing old to the reasons why giant sequoias arouse such awe."— The New York Times Book Review

"Profound, sympathetic, often angry . . . an honest, moving book by one of our great writers."— The San Francisco Examiner

"The eager, sensuous pages in which he writes about what he found and whom he encountered frame a picture of our human nature in the twentieth century which will not soon be surpassed."— The Atlantic Monthy

John Steinbeck (1902–1968) was born in Salinas, California. He worked as a laborer and a journalist, and in 1935, when he published Tortilla Flat, he achieved popular success and financial security. Steinbeck wrote more than twenty-five novels and won the Nobel Prize in 1962.

Jay Parini teaches English at Middlebury College and is the author of five novels, including The Last Station. He lives in Vermont.
Loading...
or support indie stores by buying on