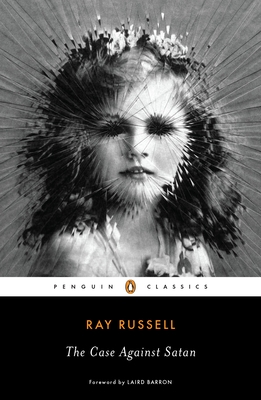 The Case Against Satan

Before The Exorcist and Rosemary’s Baby, there was The Case Against Satan

By the twentieth century, the exorcism had all but vanished, wiped out by modern science and psychology. But Ray Russell—praised by Stephen King and Guillermo del Toro as a sophisticated practitioner of Gothic fiction—resurrected the ritual with his classic 1962 horror novel, The Case Against Satan, giving new rise to the exorcism on page, screen, and even in real life.

Teenager Susan Garth was “a clean-talking sweet little girl” of high school age before she started having “fits”—a sudden aversion to churches and a newfound fondness for vulgarity. Then one night, she strips in front of the parish priest and sinks her nails into his throat. If not madness, then the answer must be demonic possession. To vanquish the Devil, Bishop Crimmings recruits Father Gregory Sargent, a younger priest with a taste for modern ideas and brandy. As the two men fight not just the darkness tormenting Susan but also one another, a soul-chilling revelation lurks in the shadows—one that knows that the darkest evil goes by many names.

Praise For The Case Against Satan…

"With gripping clarity and incisive wit, Russell weaves a suspenseful plot that's more of an intellectual thriller than a horror yarn. And at a time when there are still massive ideological battles being waged between science and religion — not to mention a Pope in the Vatican who's interpreting Catholic doctrine in a way that's inspiring to some and feather-ruffling to others — The Case Against Satan retains its harrowing, relevant edge."
—NPR

"There's nothing lurid or sensationalist here . . . just some good scares and a hell of a tale told with economy and wit."
—The Chicago Times

"[A] sincere and subtle tale of ultimate evil that feels less dated than many of the works it inspired."
—The Seattle Times

"What cannot be doubted is importance of Ray Russell’s novel. It was a predecessor of many famous fictions involving exorcisms, a subject all but forgotten at the time. This book began a sub-genre of literature and is arguably its finest example. It is a well-written and accessible work that is delightfully full of careful nuance, yet free from weighty judgments and pesky dogmatic diatribes. But, most of all, it is a fantastic horror story. Instead of watching The Exorcist for the umpteenth time this Halloween season, read this short but thought-provoking and dramatic novel instead."

“Russell links postpulp literature and the Grand Grand Guignol tradition with the modern sensibilities of America in the 1960s...[He is] a fascinating combination of the liberal and the heretic.”
—Guillermo del Toro

Ray Russell (1924–1999) was a pioneer of the modern horror genre. As an editor at Playboy, he helped publish such writers as Ray Bradbury, Kurt Vonnegut, and Charles Beaumont. His best known work, Sardonicus, was called by Stephen King “perhaps the finest example of the modern Gothic ever written.” He received the World Fantasy Award for Lifetime Achievement in 1991.

Laird Barron is a writer of horror fiction. He has received three Shirley Jackson Awards, for his collections The Imago Sequence and Other Stories and Occultation and Other Stories and for his novella Mysterium Tremendum. His other works include two novels, The Light Is the Darkness and The Croning, and a story collection, The Beautiful Things That Awaits Us All. He lives in upstate New York.
or support indie stores by buying on
(This book is on backorder)