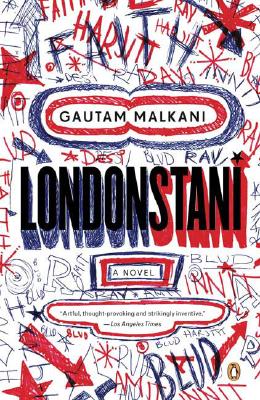 Hailed as one of the most surprising British novels in recent years, Gautam Malkani's electrifying debut reveals young South Asians struggling to distinguish themselves from their parents' generation in the vast urban sprawl that is contemporary London. Chronicling the lives of a gang of four young middle-class men-Hardjit, the violent enforcer; Ravi, the follower; Amit, who's struggling to come to terms with his mother's hypocrisy; and Jas, desperate to win the approval of the others despite lusting after Samira, a Muslim girl-Londonstani, funny, disturbing, and written in the exuberant language of its protagonists, is about tribalism, aggressive masculinity, integration, alienation, bling-bling economics, and "complicated family-related shit."

Gautam Malkani was born in West London in 1976. He was educated at Cambridge University and was appointed director of the Financial Times's Creative Business section in 2005. He completed Londonstani shortly after the bombings in London last July.

"The author's tenderness for his characters redeems them into likeability; his care for detail makes his depiction of the Hounslow rude-boy scene both hilarious and convincing."
-The New York Times Book Review
or
Not Currently Available for Direct Purchase
Copyright © 2020 American Booksellers Association