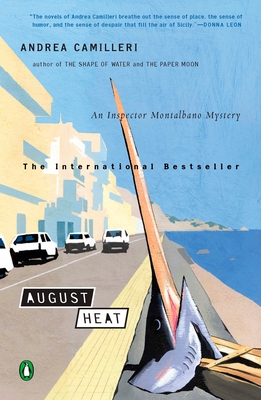 When a colleague extends his summer vacation, Inspector Salvo Montalbano is forced to stay in Vigàta and endure the August heat. Montalbano's long-suffering girlfriend, Livia, joins him with a friend—husband and young son in tow—to keep her company during these dog days of summer. But when the boy suddenly disappears into a narrow shaft hidden under the family's beach rental, Montalbano, in pursuit of the child, uncovers something terribly sinister. As the inspector spends the summer trying to solve this perplexing case, Livia refuses to answer his calls-and Montalbano is left to take a plunge that will affect the rest of his life.

Fans of the Sicilian inspector as well as readers new to the popular series will enjoy following the melancholy but unflinchingly moral Montalbano as he undertakes one of the most shocking investigations of his career.

Andrea Camilleri is the bestselling author of the popular Inspector Montalbano Mystery series, as well as a number of historical novels that take place in Sicily. He lives in Italy.

Stephen Sartarelli is an award-winning translator and poet who lives in France.
Loading...
or support indie stores by buying on
(This book is on backorder)