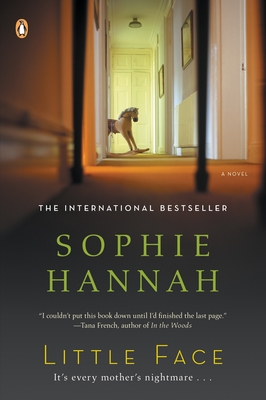 A creepy, fast-paced psychological thriller from the author of The Wrong Mother and The Other Woman’s House

It’s every mother’s worst nightmare. When Alice Fancourt leaves her newborn daughter at home with her husband for the first time, she comes home to a horrifying discovery: her child has been swapped with another baby. In near hysterics, Alice rushes to call the police, but soon discovers that no one, not even her husband David, believes her. When the police arrive, Detective Simon Waterhouse is drawn to the lovely Alice but doubts her story and suspects that she is suffering from postpartum depression. Meanwhile, David is growing increasingly hostile and Alice begins to fear that her baby’s disappearance may be linked to his first wife’s untimely death. Can Alice convince the police before it’s too late?

The first book in Sophie Hannah’s acclaimed Zailer and Waterhouse series established her as a new master of psychological suspense. For fans of Tana French and Tess Gerritsen, Little Face is a chilling look at the lengths to which a mother will go to protect her child.

Sophie Hannah is the bestselling author of nine novels and is also an award-winning poet. Her Hercule Poirot mystery, the first to be sanctioned by the Agatha Christie estate, was published in 2014. She lives in Cambridge, England, with her husband and two children, and is a Fellow Commoner at Lucy Cavendish College.
or
Not Currently Available for Direct Purchase