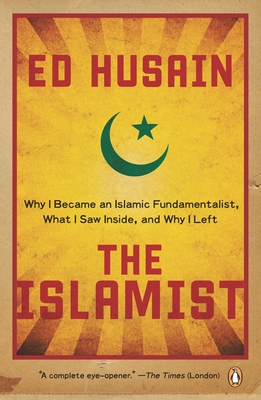 Why I Became an Islamic Fundamentalist, What I Saw Inside, and Why I Left

Raised in a devout but quiet Muslim community in London, at sixteen Ed Husain was presented with an intriguing political interpretation of Islam known as fundamentalism. Lured by these ideas, he committed his life to them. Five years later, he rejected extremism and tried to return to a normal life. But soon he realized that Islamic fundamentalists pose a threat that most people-Muslim and non- Muslim alike-simply don't understand.

Based on first-hand experiences and written with pervasive clarity, The Islamist delivers a rare inside glimpse of the devious methods used to recruit new members, and offers profound insight into the appeal fundamentalism has for young Muslims in the Western world.

Praise For The Islamist: Why I Became an Islamic Fundamentalist, What I Saw Inside, and Why I Left…

" This captivating and terrifyingly honest book is . . . a wake-up call."
-The Guardian (UK)

Ed Husain is the author of the bestselling book The Islamist. Husain writes and speaks extensively on global threats from terrorism. He has made appearances on CNN, Fox, NPR, and more. He writes regularly for the New York Times, Financial Times and the Guardian. In 2008, Husain founded Quilliam, the world's first counter-extremism think tank. He has advised policy makers and government leaders all around the globe. Husain a senior advisor for The Centre on Religion & Geopolitics.
Loading...
or
Not Currently Available for Direct Purchase