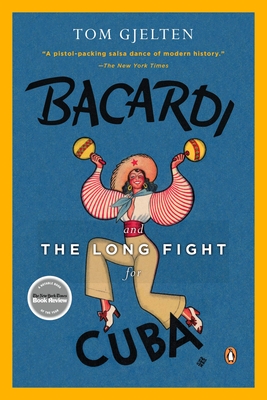 Bacardi and the Long Fight for Cuba

"It's hard to imagine that any [Cuban history] is as enjoyable . . . as smooth and refreshing as a well-made daiquiri."
-Barry Gewen, The New York Times

Tom Gjelten is a veteran correspondent for National Public Radio on international issues and a regular panelist on the PBS program Washington Week. His reporting from Bosnia won him George Polk and Robert F. Kennedy awards. He is the author of Sarajevo Daily: A City and Its Newspaper Under Siege. He lives in Arlington, Virginia, with his family.
Loading...
or support indie stores by buying on