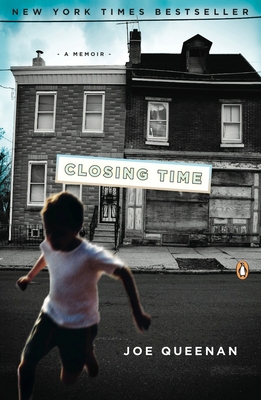 An affecting memoir from one of America's most provocative humorists

Over the past two decades, Joe Queenan has established himself as a scourge of everything that is half-baked, half-witted, and halfhearted in American culture. In Closing Time, Queenan turns his sights on a more serious and a more personal topic: his childhood in a Philadelphia housing project in the early 1960s. By turns hilarious and heartbreaking, Closing Time recounts Queenan's Irish Catholic upbringing in a family dominated by his erratic, alcoholic father, and his long flight away from the dismal confines of his neighborhood into the greater, wide world. A story about salvation and escape, Closing Time has at its heart the makings of a classic American autobiography.

Joe Queenan is the author of seven books and a regular contributor to The New York Times, Barron’s and The Los Angeles Times, a columnist for Chief Executive, and writes about movies and music for Great Britain’s The Guardian. Formerly an editor at Forbes and Spy, television critic at People, and a columnist at TV Guide, GQ, Smart Money, Men’s Health, Barron’s Online and Movieline, his stories have appeared in scores of national publications, including The New Republic, Time, Newsweek, the Wall Street Journal, the Washington Post, the Los Angeles Times, the New York Daily News, the New York Observer, Playboy, Rolling Stone, Us, Golf Digest, The Weekly Standard, Cosmopolitan, Esquire, Vogue, Town & Country, Allure, and New York. His work has appeared overseas in The Independent, The Spectator, The Toronto Globe & Mail, the Times of London, and Bon. Queenan has been a guest on "The Late Show with David Letterman", "The Daily Show", "Today", "Good Morning, America", "Charlie Rose" and "Late Night with Conan O'Brien", a frequent guest on "Imus in the Morning", and appeared more than two-dozen times on "Politically Incorrect". He regularly writes and hosts radio features for the BBC, and for three years was host of the BBC weekly radio program "Postcard from Gotham". In 2005, he won a Sports Emmy for his work on HBO’s "Inside the NFL". He is married, with two children, and lives in Tarrytown, N.Y.
Loading...
or
Not Currently Available for Direct Purchase