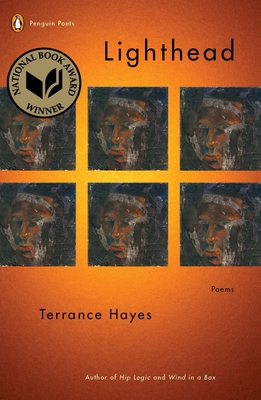 Winner of the 2010 National Book Award for Poetry

In his fourth collection, Terrance Hayes investigates how we construct experience. With one foot firmly grounded in the everyday and the other hovering in the air, his poems braid dream and reality into a poetry that is both dark and buoyant. Cultural icons as diverse as Fela Kuti, Harriet Tubman, and Wallace Stevens appear with meditations on desire and history. We see Hayes testing the line between story and song in a series of stunning poems inspired by the Pecha Kucha, a Japanese presenta­tion format. This innovative collection presents the light- headedness of a mind trying to pull against gravity and time. Fueled by an imagination that enlightens, delights, and ignites, Lighthead leaves us illuminated and scorched.

“Hayes’s work is terrific . . . it’s grounded in narrative even as it’s linguistically dense and playful, with allusions to formal verse traditions and to pop culture new and old.” – The New York Times