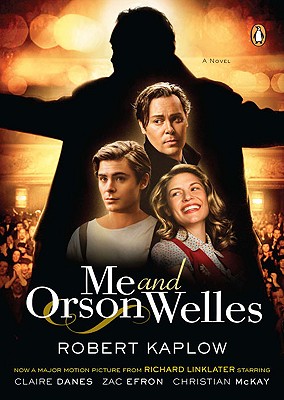 Me and Orson Welles

An irresistible romantic farce that reads like a Who's Who of the classic American theater, Me and Orson Welles is set during the launch of the then twenty-two-year-old Orson Welles' debut production of Julius Caesar at the Mercury Theatre on Broadway. Beautifully translated to screen by Richard Linklater, the film stars Zac Efron as Richard Samuels, a stage-struck seventeen-year-old from New Jersey who wanders onto the set and accidentally gets cast in the show, forever changing his life as he becomes caught in a vortex of celebrity, ego, art, and love.

Praise For Me and Orson Welles: A Novel…

" Richard, in the span of 269 breezy pages, falls in love, has his heart broken, sees his showbiz dreams crushed, and-beautifully, almost imperceptively-becomes a man."
-Entertainment Weekly

Robert Kaplow is a teacher and writer best known for the satirical songs and sketches he writes for NPR’s Morning Edition, where he created "Moe Moskowitz and the Punsters." His award-winning young adult novels include Alessandra in Love and Alex Icicle: A Romance in Ten Torrid Chapters.
Loading...
or
Not Currently Available for Direct Purchase