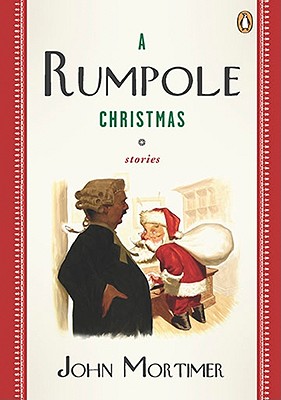 "Rumpole is one of the immortals of mystery fiction."
-San Francisco Chronicle

Of the late Sir John Mortimer's many beloved characters, it is widely agreed that Horace Rumpole was his greatest fictional creation. Here, collected in book form for the first time, are five delightful tales that capture the beleagured barrister at his grumpy, yet warm-hearted best.
Rumpole isn't particularly fond of Christmas Day-he finds it has a horrible habit of dragging on as She Who Must Be Obeyed leads him through the usual rituals. But at least the criminal fraternity rarely takes a holiday. Whether it's a suspicious Father Christmas, or an unseasonably nasty murder trial, there's always something wonderfully unlawful to liven up Rumpole's dull holiday plans.

John Mortimer is a playwright, novelist, and former practicing barrister who has written many film scripts as well as stage, radio, and television plays, the Rumpole plays, for which he received the British Academy Writer of the Year Award, and the adaptation of Evelyn Waugh s Brideshead Revisited. He is the author of twelve collections of Rumpole stories and three acclaimed volumes of autobiography."
Loading...
or
Not Currently Available for Direct Purchase