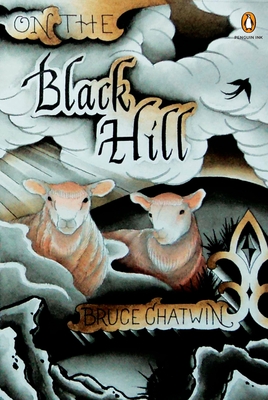 On the Black Hill

Lewis and Benjamin Jones, identical twins, were born with the century on a farm on the English-Welsh border. For eighty years they live on the farm--sharing the same clothes, tilling the same soil, sleeping in the same bed. Their lives and the lives of their neighbors--farmers, drovers, clergymen, traders, coffin-makers--are only obliquely touched by the chaos of twentieth-century progress. Nevertheless, the twins' world--a few square miles of countryside--is rich in the oddities, the wonders, and the tragedies of the human experience. In this extraordinary novel, Bruce Chatwin has captured every nuance of the Welsh landscape and of the lives and souls of the people who live there.

Praise For On the Black Hill: A Novel (Penguin Ink)…

"Totally alive . . . a spellbinding portrayal of the unbreakable link between nature and the human spirit."
--Los Angeles Times Book Review

“Scene after scene is brought to life with an enraptured attention that causes them to glow with an almost visionary light.” — The New York Times Book Review

“Remarkable…like a beautiful old quilt, made up of bright vivid patches, with scenes that surprise and delight and seem absolutely true.”— People

“A rare book, one of those splendid evocations of place made so justifiably famous by masters of the British novel in the past century: George Eliot, Hardy, Lawrence.”— Houston Post

Bruce Chatwin (1940–1989) was the author of In Patagonia, The Viceroy of Ouidah, On the Black Hill, The Songlines, and Utz. His other books are What Am I Doing Here and Anatomy of Restlessness, posthumous anthologies of shorter works, and Far Journeys, a collection of his photographs that also includes selections from his travel notebooks.
Loading...
or
Not Currently Available for Direct Purchase