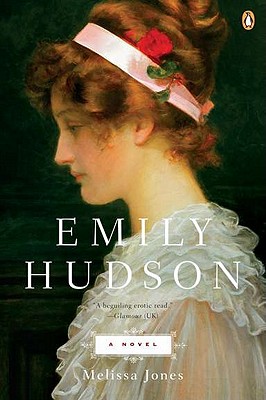 Based on an episode in Henry James's life, the captivating story of a young heroine with ambitions and desires beyond her time.

By the start of the Civil War, Emily Hudson has lost her entire family to consumption. Wholly dependent upon her puritanical uncle, Emily forms a close bond with her ailing cousin, William, an ambitious young writer. When a promising engagement is broken, William, obsessed by Emily's spirit and beauty, becomes her patron and takes her to England-only to manipulate and neglect her for the sake of his own creativity. There, Emily finally spurns her cousin's rules and sets out alone to pursue an artist's life in the eternal city of Rome. Reminiscent of the novels of Edith Wharton and the films of Merchant Ivory, Emily Hudson will resonate with anyone who has ever sought to be true to herself.

Melissa Jones lives in Essex, England, with her husband and two children. She is the sister of novelist Sadie Jones.
Loading...
or
Not Currently Available for Direct Purchase