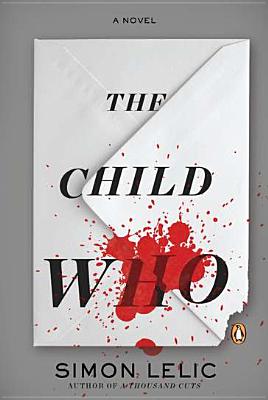 The Child Who (Paperback)

An unimaginable crime and the man who must defend it-a probing psychological thriller from the author of A Thousand Cuts.

A chance phone call throws the biggest muder case in southern England into the hands of provincial attorney Leo Curtice. Twelve-year- old Daniel Blake stands accused of murdering an eleven-year-old girl. But who is truly responsible when one child kills another? As Curtice sets out to defend the indefensible, he soon finds himself pitted against an enraged community calling for blood. When the buildup of pressure takes a sinister turn, he fears for his wife and young daughter's safety. Must he choose between his family and the life of a damaged child? With piercing psychological insight, Lelic examines a community's response to a hideous crime.

Longlisted for the Crime Writers' Assocaition's Gold Dagger award fro Best Novel of the Year and the Steel Dagger for Best Thriller.

Simon Lelic has worked as a journalist and currently runs his own business. He was born in Brighton, England in 1976 and lives there now with his wife and two sons. This is his first novel.

Praise For The Child Who: A Novel…

“And just when you think Lelic has said all he intends to say about society’s hysterical fear of violent children, he gives the subject one last, diabolical twist.” — Marilyn Stasio, The New York Times Book Review

“Gripping… The much acclaimed, award-winning British writer Simon Lelic continues to impress with his second psychological thriller, The Child Who.” — Houston Chronicle

"By page three, Simon Lelic's harrowing and haunting novel The Child Who has you utterly in its snares. A daring writer but also a deeply open- hearted one, he renders his flawed but sympathetic characters with the most tender of hands, heightening the tale's suspense and drawing us even closer." — Megan Abbott, author of The End of Everything

"Lelic faces thorny issues of guilt and responsibility head on, and no one comes out unscathed." — Kirkus Reviews (starred review)

"An agile, perceptive writer...Could this be Lelic's breakthrough book? It deserves to be." — The Guardian (UK)