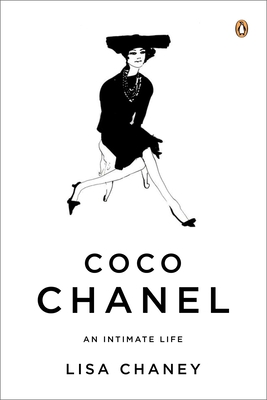 Revolutionizing women's dress, Gabrielle "Coco'' Chanel was the twentieth century's most influential designer. Her extraordinary and unconventional journey—from abject poverty to a new kind of glamour—helped forge the idea of modern woman.

Unearthing an astonishing life, this remarkable biography shows how, more than any previous designer, Chanel became synonymous with a rebellious and progressive style. Her numerous liaisons, whose poignant and tragic details have eluded all previous biographers, were the very stuff of legend. Witty and mesmerizing, she became muse, patron, or mistress to the century's most celebrated artists, including Picasso, Dalí, and Stravinsky.

Drawing on newly discovered love letters and other records, Chaney's controversial book reveals the truth about Chanel's drug habits, her lesbian affairs, and her German lover during World War II.

While uniquely highlighting the designer's far-reaching influence on the modern arts, Chaney's fascinating biography paints a more nuanced picture of Coco Chanel than any so far. Movingly, it explores the origins, the creative power, and the secret suffering of this exceptional and often misunderstood woman.

“The most thoroughly fleshed out of the new books about Chanel. . . . Ms. Chaney takes care to give detailed context all the way along, but not so much that she pulls us off the path. One appreciates her elegant tutorials.” — The Wall Street Journal

“Stuffed with just-so details as it sketches the arc of a remarkable life.” — Harper's Magazine


“Relying on newly released love letters, private diaries, and reminiscences . . . and using Chanel’s own words wherever possible, Chaney reveals the woman behind the icon. . . . Most important here is Chaney’s insight into Chanel’s role in creating the modern, independent woman.” — Library Journal


"Chaney’s engagement with her subject is evident throughout, and her exhaustive research into Chanel’s life—especially its darker, more enigmatic corners—and the cultural history she so profoundly impacted make the book as fascinating as it is informative." — Kirkus Reviews

Lisa Chaney has taught at Oxford, covered cultural history for British TV and radio, and written for The Guardian and The Independent, among other publications. The author of two previous biographies, Elizabeth David and Hide-and-Seek With Angels: A Life of J.M. Barrie, she lives in York, England.
Loading...
or support indie stores by buying on