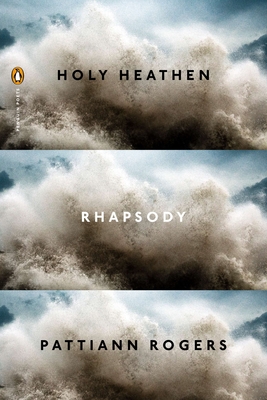 An award-winning poet who “writes transporting poems of discovery, contemplation, and gratitude” (Booklist)

Pattiann Rogers has won acclaim as one of the most original voices in contemporary American poetry. The poems in her new collection, Holy Heathen Rhapsody, embrace and embody the forces of the Earth and the creative power of its lifeforms in all the wildness of their varieties. Love in these poems is a force infused with the same creative power and intensity, the purest manifestation of the will-to-be. This vision and its making contend that even a shadow or a floating seed, a frond of green or a midnight spider, even a mongrel dog, wind over water, the human voice, the human witness, peace and weapons, all—every aspect and feature encountered—are fully endowed players in the dynamic music of the Earth.

Pattiann Rogers has published fourteen books of poetry; two book-length essay collections, The Dream of the Marsh Wren and The Grand Array; and A Covenant of Seasons, poems and monotypes, in collaboration with Joellyn Duesberry.  She is the recipient of two NEA grants, a Guggenheim Fellowship, and a Lannan Literary Award for poetry.  In 2018 she was awarded the John Burroughs Medal for Lifetime Achievement in Nature Poetry.  She lives in Colorado.

“An impassioned, carefully conceived collection that reaffirms Rogers’s long-standing devotion to poetry about the natural world . . . Precise details ground the poems and show Rogers to be a rigorous observer.  With great craft and care, she presents her apprehensions of the natural world with striking accuracy and emotional impact . . . this buoyant collection nudges us to think ourselves closer into nature, acknowledging a more blended, intertwined mass.” – Lisa Williams, Orion

“Rogers’s poems inspire a feeling of transcendence in using language to create a riotous sense of abandon and a joyous pleasure upon experiencing blooming, burgeoning nature at all sides . . . [they] propose a mechanism to rediscover an essential, compassionate regard of self and nature.” – World Literature Today

“If only one word could be used to describe Rogers’ poetry, it would have to be cosmic because her ravishing lyrical and imaginative poems embrace the vastness and interlocking wonders of the universe. Rogers’ newest collection is positively stellar in its radiant beauty, fractal patterning, and uplifting vision of life’s unity… By turns metaphysician and naturalist, spiritual pilgrim and trickster, Rogers writes with grand precision about weather, animals, plants, and landscape.”
—Donna Seaman, ALA Booklist, on Generations (2004)

“If angels were to agree upon a language to describe creation, a tone of voice and a point of view that would adequately celebrate the divine, these would be the poems they would write. In language that is precise and accurate, with a tenacious heart and a penetrating eye, Pattiann Rogers beatifies. She exposes the dizzying dimensions of earthly space and incants the swoon of physical love. If this is not poetry in service to humanity, I do not know what it is.”
—Barry Lopez

“Pattiann Rogers is a visionary of reality, perceiving the material world with such intensity of response that impulse, intention, meaning, interconnections beyond the skin of appearance are revealed. Her language, unmarred by clichés, springs up out of a sense of how various and endlessly amazing are the forms of life and the human ability to notice them.”
—Denise Levertov

“How the densely detailed, thickly textured, imaged stanzas of Pattiann Rogers result in so much light-as-air wonderment is surely one of the greater questions—one of the greater magics—of contemporary poetry. But however it happens, we must be thankful—for both the science text and the psalter of her work, for both the physical abundance and for the spirit flimmering over it.”
—Albert Goldbarth
or
Not Currently Available for Direct Purchase
Copyright © 2020 American Booksellers Association