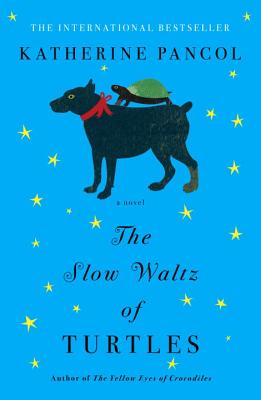 The Slow Waltz of Turtles

A Novel (A Joséphine Cortès Novel #2)

In this mega-bestseller from France and the follow-up to The Yellow Eyes of Crocodiles, a woman contends with divorce, family trouble, and even murder in her journey to discover who she really is.

Fortysomething mother of two Joséphine Cortès is at a crossroads. She has just moved to a posh new apartment in Paris after the success of the historical novel she ghostwrote for her sister, Iris. Still struggling with her divorce—the result of her husband running off to Kenya to start a crocodile farm with his mistress—she is now entangled too in a messy lie orchestrated by her sister. And just when things seem they can't get any more complicated, people start turning up dead in her neighborhood.

As Joséphine struggles to find her voice and her confidence amidst a messy web of relationships and a string of murders, she and those around her must learn to push on with determination, like headstrong little turtles learning to dance slowly in a world that's too violent and moving too fast.

Praise For The Slow Waltz of Turtles: A Novel (A Joséphine Cortès Novel #2)…

Praise for The Slow Waltz of Turtles

“A good beach read . . . The Slow Waltz of Turtles might just be the right book for swiftly passing the time with ease.” —Portland Book Review

“Pancol seems influenced by the novels of Alexander McCall Smith, and the same mixture of whimsy, exoticism, comedy and moral seriousness is apparent in her work. . . . entertaining.” —The Sydney Morning Herald


Praise for The Yellow Eyes of Crocodiles

“Bonjour, book lovers. Get ready for best-selling French author Katherine Pancol’s American debut. It’s a charmer about fortysomething sisters Iris and Josephine, who have taken very different paths in life but come together when each finds herself in need of a little reinvention. Read it and ouip.” —Daily Candy

“Lucky you! You're about to succumb to France's most irresistible writer! At the end of this delicious, tender, funny, heartwarming novel, you'll feel as if Iris and Joséphine are part of your family.” —Tatiana de Rosnay, New York Times bestselling author of Sarah's Key

“There is a gorgeous and invigorating zip and sparkle to the writing. You read it with a big smile.” —Elizabeth Buchan, New York Times bestselling author of Revenge of the Middle-Aged Woman

“No wonder Katherine Pancol’s books are all bestsellers, reading her feels like coming home. Her characters become like friends and family members, and you long to know how they get on. The Yellow Eyes of Crocodiles has all the quirks, tensions, and belly laughs that family, friendship, and sisterhood can entail. It is touching, entertaining, and vibrant.” —Cécile David-Weill, author of The Suitors

“This multilayered well-paced tale will delight you with its entertaining cast of characters and madcap adventures from Paris to the wilds of Africa.” —Katharine Davis, author of Capturing Paris

“Riveting . . . Delicious morsels involving every family member compel attention in a title that will appeal to fans of Marian Keyes and Olivia Goldsmith.” —Booklist

About the Author
Katherine Pancol is one of France's best-known contemporary authors, with millions of copies of her books in print in thirty-one languages. She lives in Paris, France.

About the Translator
William Rodarmor, who also translated Katherine Pancol’s The Yellow Eyes of Crocodiles in 2013, has translated more than forty books and screenplays and won the Lewis Galantière Award from the American Translators Association. A retired magazine editor in Berkeley, California, he also edited and translated the anthologies France and French Feast for Whereabouts Press.

1. Why does Joséphine wait so long to report her attack to the police? What might you have done in her situation?

2. Is the man Joséphine sees on the Metro really Antoine? If so, why is he pretending to be dead?

3. Is Zoé’s reaction to seeing Joséphine and Philippe kiss unfair? Is being a good mother more important than being happy?

4. Were you surprised to learn that Luca and Vittorio were one and the same person? Would he have eventually confessed his deception to Joséphine?

5. What is your take on Philippe’s relationship with Dottie Doolittle? Is either taking advantage of the other?

6. Do you believe in witchcraft? Is Josiane the victim of a curse or of postpartum depression?

7. What does Hortense’s encounter with Carlos and Agathe’s other mafia pals tell you about her? Will she eventually win Gary’s love?

8. Do you feel some compassion for the two Hervés? Do their unhappy childhoods at all excuse their adult behavior?

9. Despite knowing that their daughter was trapped in an abusive marriage, the Mangeain-Dupuys refused to help her because she ignored their initial warnings about Hervé. Do you agree with their decision?

10. Is Hortense being callous or honest when she says, “As deaths go, it suits [Iris] fine. Besides, I don’t think she could’ve handled getting old. It would’ve been terrible for her!” (p. 400).

11. Would Joséphine have been able to endure everything that happens to her without Shirley’s support? Can a friend’s love adequately replace that of an absent or abusive mother?

12. Did you read The Yellow Eyes of Crocodiles? If so, how would you compare the two novels? Did you anticipate any of the events of The Slow Waltz of Turtles?