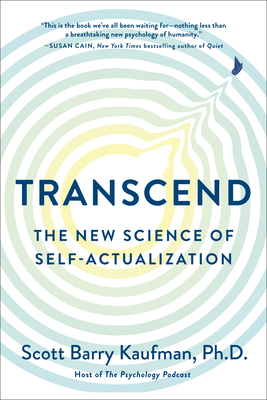 The New Science of Self-Actualization

Scott Barry Kaufman, PhD is a humanistic psychologist who has taught at Columbia University, the University of Pennsylvania, NYU and elsewhere. He received his Ph.D. in cognitive psychology from Yale University, and an M.Phil in experimental psychology from the University of Cambridge under a Gates Cambridge Scholarship. He writes the column Beautiful Minds for Scientific American and hosts The Psychology Podcast, which has received more than 10 million downloads. His writing has appeared in The Atlantic and Harvard Business Review, and his books include Ungifted, Wired to Create (with Carolyn Gregoire), and, as editor, Twice Exceptional and, as co-editor, The Cambridge Handbook of Intelligence. In 2015, he was named one of 50 Groundbreaking Scientists who are changing the way we see the world by Business Insider.
Loading...
or support indie stores by buying on