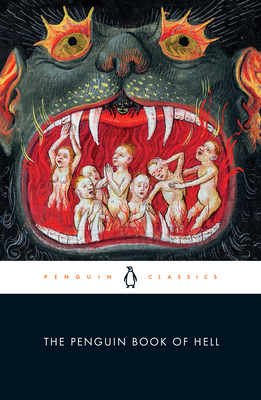 The Penguin Book of Hell

"From the Bible through Dante and up to Treblinka and Guantánamo Bay, here is a rich source for nightmares." --The New York Times Book Review

Three thousand years of visions of Hell, from the ancient Near East to modern America

From the Hebrew Bible's shadowy realm of Sheol to twenty-first-century visions of Hell on earth, The Penguin Book of Hell takes us through three thousand years of eternal damnation. Along the way, you'll take a ferry ride with Aeneas to Hades, across the river Acheron; meet the Devil as imagined by a twelfth-century Irish monk--a monster with a thousand giant hands; wander the nine circles of Hell in Dante's Inferno, in which gluttons, liars, heretics, murderers, and hypocrites are made to endure crime-appropriate torture; and witness the debates that raged in Victorian England when new scientific advances cast doubt on the idea of an eternal hereafter. Drawing upon religious poetry, epics, theological treatises, stories of miracles, and accounts of saints' lives, this fascinating volume of hellscapes illuminates how Hell has long haunted us, in both life and death.

Praise For The Penguin Book of Hell…

“Now that I know what Hell is like, I shall take more pains to avoid it. This is an amazing collection.” —Philip Pullman, #1 New York Times bestselling author of The Golden Compass

“Quite terrifying.” —The New Yorker

“You will be [frightened] by The Penguin Book of Hell, in which writers from antiquity to the 20th century describe the eternal, infernal hereafter. Abandon all hope, ye who enter here.” —The Washington Post

“This fascinating collection kept me reading long after midnight, and the images it put in my head kept me up even longer. A deeply engaging read.” —Amy Brady, Chicago Review of Books, “The Best Horror Nonfiction Books of 2018”

“One of the prime motives of these texts is rage, rage against people occupying positions of exceptional trust and power who lie and cheat and trample on the most basic values and yet who escape the punishment they so manifestly deserve. History is an unending chronicle of such knaves, and it is a chronicle too of frustration and impotence, certainly among the mass of ordinary people but even among those who feel that they are stakeholders in the system. Hell is the last recourse of political impotence. You console yourself . . . by imagining that the loathsome characters you detest will meet their comeuppance in the afterlife.” —Stephen Greenblatt, The New York Review of Books

“Harrowing . . . To recognize hell in the realm of reality is to understand its true role in our lives right now—and to begin to articulate the good life we hope someday to earn. Be not distracted: the glimpses of hell do us good.” —Lapham’s Quarterly

“Includes a hefty (and fascinating) selection of readings from medieval manuals . . . Bruce’s most fascinating section is his final, which examines how the rhetoric of hell has utility in the contemporary era, including . . . an astounding essay by an American prisoner in solitary confinement with the unlikely name of William Blake, and the track list for torturers at the Guantánamo Bay detention center whose ‘enhanced interrogation’ techniques included repeatedly blasting at ear-splitting decibels songs like Marilyn Manson’s ‘The Beautiful People,’ Britney Spears’s ‘…Baby One More Time,’ and the ‘Meow Mix’ commercial jingle.” —Los Angeles Review of Books

“Like so many of the Penguin Classics collections, it is thoughtful, expansive, accessible to the intelligent reader and the inquiring mind. . . . It’s quite a read, and it’s certainly not something you probably want to read right before bedtime, not right before going to sleep, but certainly a book that will make you think about life, about being human, and about what might await us in the future.” —WBAA

Scott G. Bruce (editor) is the editor of The Penguin Book of the Undead and the author of three books about the abbey of Cluny. He is a professor of history at Fordham University in New York City. He worked his way through college as a grave digger.
Loading...
or support indie stores by buying on