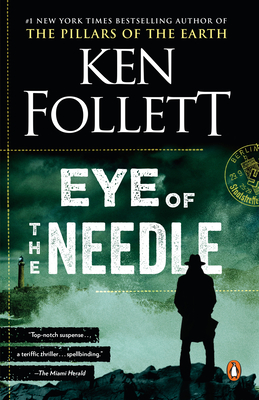 Eye of the Needle

The worldwide phenomenon from the bestselling author of The Pillars of the Earth, World Without End, A Column of Fire, and The Evening and the Morning

His code name was “The Needle.” He was a German aristocrat of extraordinary intelligence—a master spy with a legacy of violence in his blood, and the object of the most desperate manhunt in history. . . .

But his fate lay in the hands of a young and vulnerable English woman, whose loyalty, if swayed, would assure his freedom—and win the war for the Nazis. . . .


Praise For Eye of the Needle: A Novel…

"Great . . . one of the twelve best thrillers from the last fifty years." —Rocky Mountain News

"A spy novel of the highest order." —The Baltimore Sun

"An absolutely terrific thriller, so pulse-pounding, so ingenious in its plotting, and so frighteningly realistic that you simply cannot stop reading." —Publishers Weekly