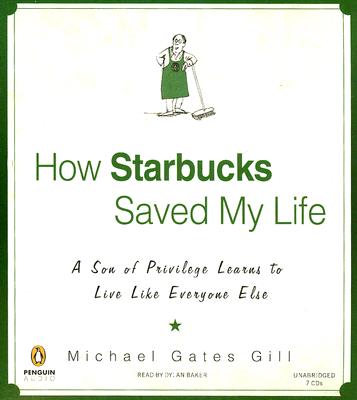 How Starbucks Saved My Life

The riches-to-rags true story of an advertising executive who had it all, then lost it all-and was finally redeemed by his new job, and his twenty-eight-year-old boss, at Starbucks.

The son of "New Yorker" writer Brendan Gill, Michael Gates Gill was a creative director at J. Walter Thompson Advertising, where he was employed for over twenty-five years. He lives in New York within walking distance of the Starbucks store where he works, and has no plans to retire from what he calls the best job he's ever had.
Loading...
or
Not Currently Available for Direct Purchase