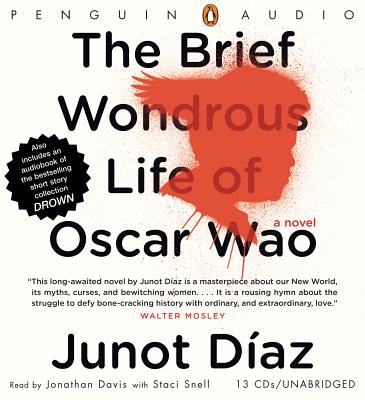 Junot Diaz's fiction has appeared in "The New Yorker," "The Paris Review," and "The Best American Short Stories." His highly-anticipated first novel, "The Brief Wondrous Life of Oscar Wao," was greeted with rapturous reviews, including Michiko Kakutani in "The New York Times" calling it "a book that decisively establishes him as one of contemporary fiction's most distinctive and irresistible new voices." His debut story collection, "Drown," published eleven years prior to "Oscar Wao," was also met with unprecedented acclaim; it became a national bestseller, won numerous awards, and has since grown into a landmark of contemporary literature. Born in the Dominican Republic and raised in New Jersey, Diaz lives in New York City and is a professor of creative writing at MIT.
Loading...
or
Not Currently Available for Direct Purchase