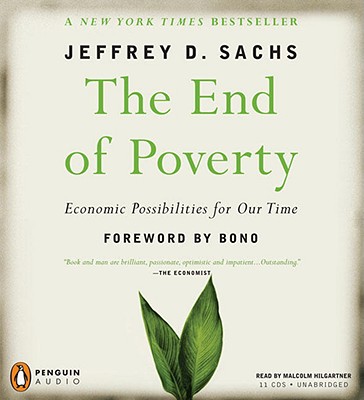 The End of Poverty

A landmark exploration of the roots of economic prosperity and the escape from extreme poverty for the world's poorest citizens.

Jeffrey D. Sachs is the Director of The Earth Institute, Quetelet Professor of Sustainable Development, and Professor of Health Policy and Management at Columbia University. He is also Special Advisor to United Nations Secretary-General Ban Ki-moon. From 2002 to 2006, he was Director of the UN Millennium Project and Special Advisor to United Nations Secretary-General Kofi Annan on the Millennium Development Goals, the internationally agreed goals to reduce extreme poverty, disease, and hunger by the year 2015. Sachs is also President and Co-Founder of Millennium Promise Alliance, a nonprofit organization aimed at ending extreme global poverty.
Loading...
or
Not Currently Available for Direct Purchase