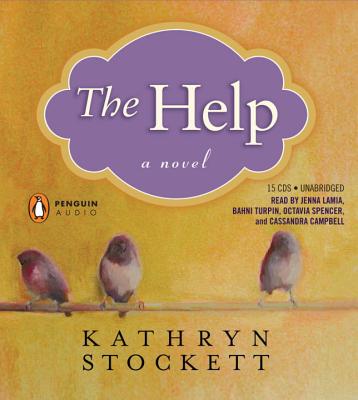 Twenty-two-year-old Skeeter has just returned home after graduating from Ole Miss. She may have a degree, but it is 1962, Mississippi, and her mother will not be happy till Skeeter has a ring on her finger. Skeeter would normally find solace with her beloved maid Constantine, the woman who raised her, but Constantine has disappeared and no one will tell Skeeter where she has gone.
Aibileen is a black maid, a wise, regal woman raising her seventeenth white child. Something has shifted inside her after the loss of her own son, who died while his bosses looked the other way. She is devoted to the little girl she looks after, though she knows both their hearts may be broken.

Minny, Aibileen’s best friend, is short, fat, and perhaps the sassiest woman in Mississippi. She can cook like nobody’s business, but she can’t mind her tongue, so she’s lost yet another job. Minny finally finds a position working for someone too new to town to know her reputation. But her new boss has secrets of her own.

Seemingly as different from one another as can be, these women will nonetheless come together for a clandestine project that will put them all at risk. And why? Because they are suffocating within the lines that define their town and their times. And sometimes lines are made to be crossed.

In pitch-perfect voices, Kathryn Stockett creates three extraordinary women whose determination to start a movement of their own forever changes a town, and the way women— mothers, daughters, caregivers, friends—view one another. A deeply moving novel filled with poignancy, humor, and hope, The Help is a timeless and universal story about the lines we abide by, and the ones we don’t.

Praise For The Help…

Praise for The Help

“The two principal maid characters...leap off the page in all their warm, three dimensional glory...[A] winning novel.”—The New York Times

“This could be one of the most important pieces of fiction since To Kill a Mockingbird…If you read only one book...let this be it.”—NPR.org

“A beautiful portrait of a fragmenting world.”—The Atlanta Journal-Constitution

“The must-read choice of every book club in the country.”—The Huffington Post

“At turns hilarious and heart-warming.”—Associated Press

“In a page-turner that brings new resonance to the moral issues involved, Stockett spins a story of a social awakening as seen from both sides of the American racial divide.”—The Washington Post

Kathryn Stockett was born and raised in Jackson, Mississippi. After graduating from the University of Alabama with a degree in English and Creative Writing, she moved to New York City where she worked in magazine publishing and marketing for nine years. She currently lives in Atlanta with her husband and daughter. This is her first novel.
Loading...
or
Not Currently Available for Direct Purchase