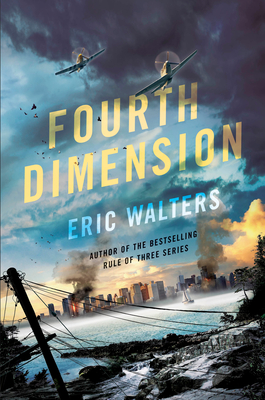 In a world with no power, chaos soon descends. A powerful look at the disintegration of society in the wake of a massive and mysterious outage that has knocked out all modern amenities.

Fifteen-year-old Emma has moved house with her ex-Marine mother and younger brother. It's a brand-new condo building, which explains the semi-regular power outages, as workers complete the units around them. So Emma isn't particularly concerned when the latest blackout hits just as they are preparing to leave town on a long weekend camping trip. But then the car won't start, and their cellphones appear dead -- and all the cars outside their building seem to be stalled in a long traffic jam ...

In the midst of what appears to be a massive power outage, with their camping gear packed and ready, Emma and her family canoe over to the islands, just offshore, to wait it out. But while they land on an isolated island, with a relatively hidden site, they are far from safe, as people become increasingly desperate to find food and shelter. And as the days pass, and the power remains out, the threat of violence becomes all too real.

Praise For Fourth Dimension (The Neighborhood)…

"I recommend Fourth Dimension to fans of The Rule of 3 series as well as those readers who enjoy action/adventure, realistic, or post-apocalyptic stories. Emma and her mother are strong female characters who are great role models for teenage girls. . . . Recommended." --CM Magazine

Eric Walters’s young adult novels have won numerous awards, including the Silver Birch, Blue Heron, Red Maple, Snow Willow, and Ruth Schwartz Awards, and have received honors from UNESCO’s international award for Literature in the Service of Tolerance. He lives in Mississauga, Ontario.
Loading...
or
Not Currently Available for Direct Purchase