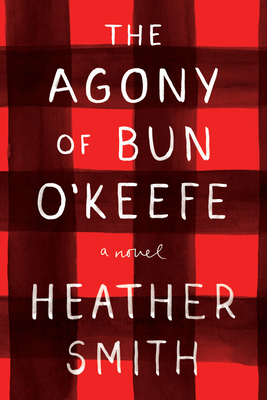 The Agony of Bun O'Keefe

It's Newfoundland, 1986. Fourteen-year-old Bun O'Keefe has lived a solitary life in an unsafe, unsanitary house. Her mother is a compulsive hoarder, and Bun has had little contact with the outside world. What she's learned about life comes from the random books and old VHS tapes that she finds in the boxes and bags her mother brings home. Bun and her mother rarely talk, so when Bun's mother tells Bun to leave one day, she does. Hitchhiking out of town, Bun ends up on the streets of St. John's, Newfoundland. Fortunately, the first person she meets is Busker Boy, a street musician who senses her naivety and takes her in. Together they live in a house with an eclectic cast of characters: Chef, a hotel dishwasher with culinary dreams; Cher, a drag queen with a tragic past; Big Eyes, a Catholic school girl desperately trying to reinvent herself; and The Landlord, a man who Bun is told to avoid at all cost. Through her experiences with her new roommates, and their sometimes tragic revelations, Bun learns that the world extends beyond the walls of her mother's house and discovers the joy of being part of a new family -- a family of friends who care.

Praise For The Agony of Bun O'Keefe…

"There's an abundance of humour both subtle and overt, and a shattering of stereotypes and tropes. . . . This is a book that grabs readers by the heart and the head." --Starred Review, Quill & Quire

"Although Bun is 14, she possesses the endearing naiveté and honesty of a child, but her first-person narration isn't sappy or immature. . . . Bun O'Keefe will settle comfortably at home in readers' hearts." --Starred Review, Kirkus Reviews

"Heather Smith's second novel burns with nostalgia, wonder and sadness… a quietly profound, starkly Canadian account of being unwanted by family and society." --Globe and Mail

"Teens will truly dive into Bun’s mind and her surroundings through her understanding of the world… A nuanced, well-done novel about tough topics that deserves a place in most collections." --School Library Journal

HEATHER SMITH is originally from Newfoundland, and now lives in Waterloo, Ontario, with her husband and three children. Her east coast roots inspire much of her writing. Her first novel, Baygirl, received a starred review from Quill & Quire, named to the Bank Street College of Education Best Children's Books of the Year, and was a 2015 White Pine Honour Book.
Loading...
or support indie stores by buying on
(This book is on backorder)